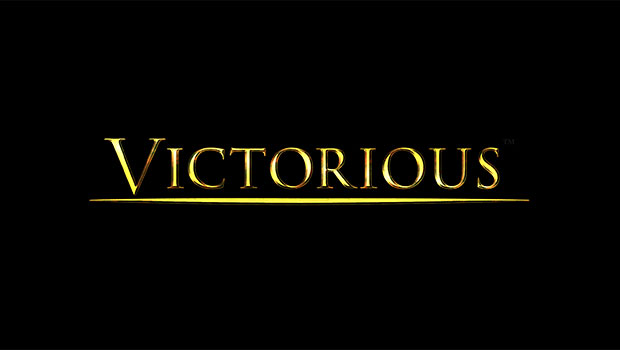 You hear the stomping of thousands of leather sandals on the newly constructed road. Metal scrapes against metal. Trumpet calls are carried on the wind from outside the city. Then a column of soldiers clad in steel and red cloth march through the city gates into the capital of Rome. They have returned victorious from war with another civilization and have added yet another territory to the empire. Rome and all her citizens, especially you, will profit from the spoils of war in NetEnt’s Victorious.

Drawing inspiration from the classic Roman civilization, Victorious is a five reel and 243 pay line slot game. The game is set against a Roman army marching home from battle. The discipline and steely determination can be seen in the faces of the soldiers. All the higher value symbols are Roman inspired, including the Emperor in royal purple, an officer (possibly a centurion), a soldier waving a sword and a marching army.

The symbol that will truly make you victorious is the golden wreath, which acts as the scatter symbol and triggers Victorious’s bonus feature. Landing three or more of the golden wreaths on consecutive reels will bestow up to 25 free spins on your head. However, that’s not all as every winning combination will be multiplied by three. That’s a more than worthy reward from a victorious army.

Why not join in the festivities of NetEnt’s Victorious? The soldiers are back in town and are keen to spend the riches they’ve won from war. 243 ways to win mean that you’re almost guaranteed to share in their bounty.