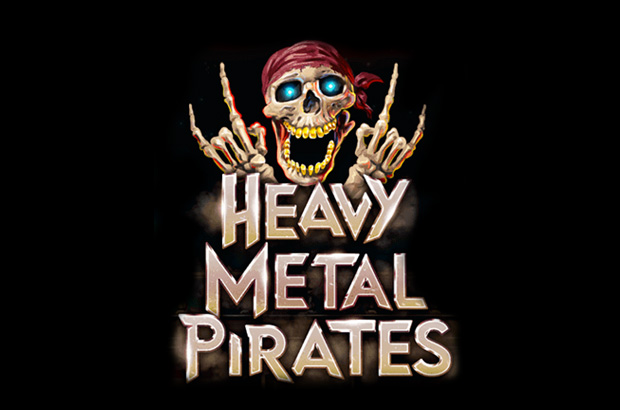 There have been some slots about pirates over the years and there have also been a handful about heavy metal. 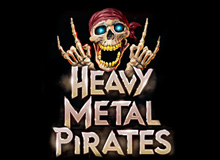 But this without any shadow of a doubt the first slot we’ve ever seen that is about both.

Unsurprisingly, given the theme of the slot, there are some really cool symbols to look forward from among the high-paying ones (the low-paying ones are the usual card symbols so we don’t talk about them) with some pretty scary-looking pirates that you wouldn’t want to come across in a dark alley.

Then of course there’s a Wild symbol, represented by a cannon, that does what Wild symbols do: substitute for other symbols, except the special ones, to help you win.

Two or more Ship’s Wheel Symbols at the start of a win line and you activate the Rockin’ Riches Feature. You get to spin a wheel and when it stops, you’ll land on a Multiplier, which is yours. But things don’t end there because you get to spin it again. If you can avoid the Collect square, you just keep on spinning and collecting more multipliers. But landing on Collect brings the round to an end.

Two or more Guitar symbols at the start of a win line and you get to play the Take Your Pick mini game. You’ll be presented with 16 guitar symbols, and you have to…yes…pick one.

Then you just keep on picking and picking up more Multipliers until, as per above, you come across a Collect symbol, which ends the round.

The game also boasts a free spins round and a Progressive Jackpot, which is won during the base game rather than the feature rounds.