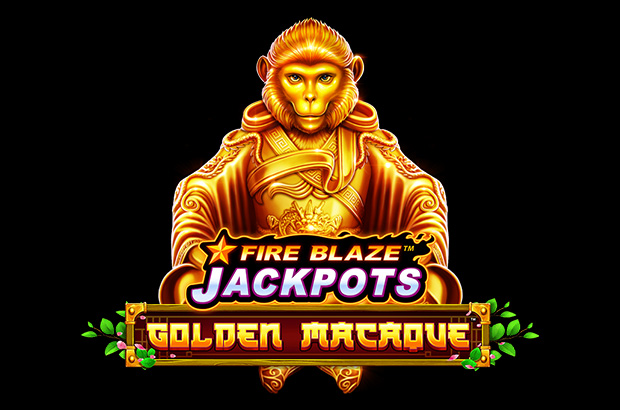 Another slot from Playtech’s Fire Blaze series and one that’s worth taking note of. That’s because though there’s some monkey business going on in the reels, there’s also plenty going on in terms of symbols doing clever things and bonus features where there’s more going on than what first meets the eye. 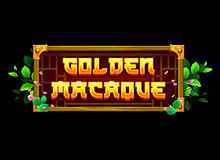 It’s a 5×3 reel slot and the hierarchy of the value of the symbols goes like this: tiger, pig, chicken, rabbit, followed somewhat inevitably by the playing card symbols.

We haven’t mentioned the Golden Macaque, or cheeky monkey to you and me, because he’s a different sort of symbol: he’s the Wild, he only appears on Reels 2, 3 and 4 and he substitutes for anything except the Drums or the Scatter, represented here by a Golden Gong.

So, what do those do? Well, three or more Gongs trigger the Gong Feature, where you need to pick from four Gongs to reveal either a Gong hiding the free spins round, or one giving access to the Fire Blaze Respin Feature.

The first is pretty straightforward. During the round there are no low-value playing card symbols or Drums, so it’s just high-value symbols which obviously lead to…high-value wins; free spins can be retriggered.

But it’s even better if you get to play the Re-spin Feature. Drums that triggered the round stay locked in place and both those or any new ones either reveal a cash prize (the (norm)or a Jackpot Symbol (the exception).

The first scenario is pretty self-explanatory, the second means you win one of the ‘smaller’ Jackpots: Mini, Minor or Major.

The Grand Jackpot is paid out when all of the symbols on the reels are either Macaques, Drums or Jackpot Stars. Any one of those symbols just mentioned appearing for the first time on a re-spin leads to the three re-spins being re-set, leading to even more opportunities.