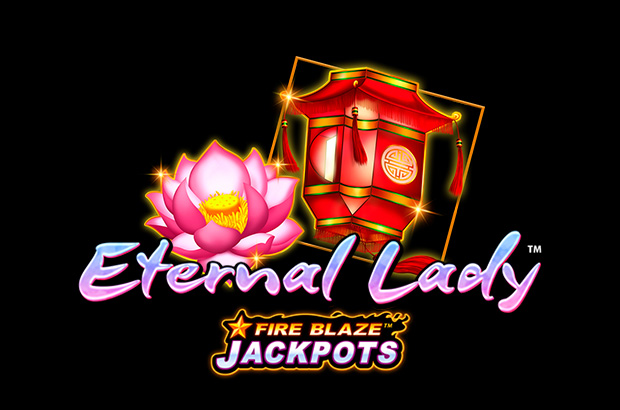 The Eternal Lady is a 5×3 reel slot made by those giants of the casino industry over at Playtech. 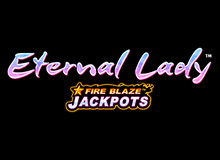 It’s an Asian-themed slot and we’re well aware that it’s certainly not the first of that genre, nor is it likely to be the last. Understandably, the symbols are very much in line with that so in order from highest in value to lowest, we have: a Chinese lantern, a Chinese lamp and a beautiful flower.

We’re not sure how a cute white rabbit quite comes under the category of Oriental but it’s the highest-value symbol of all, so it’s certainly a good thing when it hops onto the reels. There are also some low value playing card symbols, but they don’t really do much!

What’s with the Eternal Lady then? Well, not only is she of rare beauty but crucially to your casino balance, she’s the Wild. She can appear stacked on any one of the second, third, fourth or fifth reels but best of all is when she appears on Reel 3: if she helps you get a win, a Multiplier is applied to it courtesy of the Eternal Lady’s presence on the middle reel.

Moon biscuits, an Oriental specialty apparently, are another special symbol to look out for. Get three anywhere and you’ll be invited to pick one from four biscuits to reveal entry either into the free spins round, or a trip to the Fire Blaze Respin Feature.

The former sees you get free spins, up to 12, and the good news is that extra Wilds will be added to the reels before they get under way.

The latter means you get three re-spins, retriggered each time you get an extra Moon symbol during them. Cover the reels with 15 Moons and it’s Jackpot time.

The Fire Blaze Respin feature can also be triggered by getting six moon symbols in the base game.