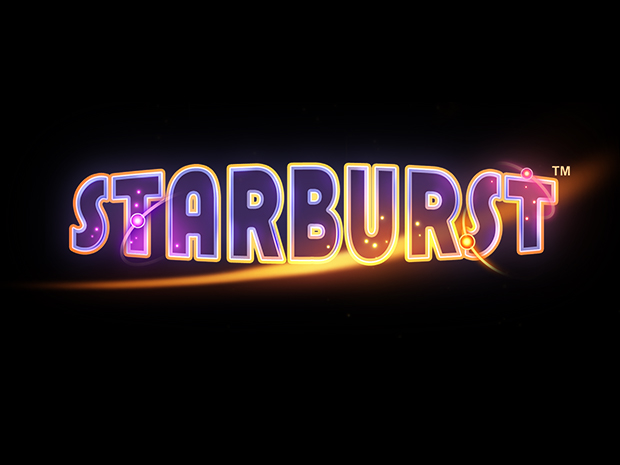 Have you ever dreamed of going into outer space? There’s no need to dream anymore when you strap on your space helmet and fire up your rockets in the out-of-this-world slot game, Starburst!

Some slot machine games manage to withstand the test of time and remain popular with players even though there are newer games on the market to play. Starburst by Net Entertainment is one of these games. It has been out for a few years but still manages to retain a loyal following due to its immersive gameplay.

The Starburst slots rules are pretty easy to understand once you have had a few spins of the game. Players need to first begin the game and the user interface is the key to playing. The basic rules of the game are that you need to spin the reels with the aim of forming winning combinations with the symbols that are available on the reel.
Should you choose to accept the challenge then you can make a deposit and begin playing straight away. It can often be confusing at the start of a new game to understand how line wins are formed so check out the paytable as this is your perfect guide to figuring out what kind of wins you can pick up.

Different slot players have different tactics and your approach to the game should be consistent with your budget. This involves carefully selecting how much you are going to gamble in total and then deciding on your individual betting amounts.
The game takes bets from just a penny per spin so this can often be a good place to start so that you can get used to the game with minimum risk. Additionally, players can also play on free mode if they wish.

The game offers 10 paylines which some players may find slightly low, however, there are not too many symbols on this game either which means that they appear on the reel more frequently and do result in prize winning combinations quite often. As a result, bonus rounds are limited but there are a couple features that keep things interesting:

•    Wild Symbol: The wild symbol on Starburst helps players pick up additional wins by substituting for other symbols on the reel. On this game, the wild is represented by the Starburst logo.

•    Starburst Slot Free Spins: There isn’t actually a Starburst slots free spins bonus round currently available in the game. This is due to the lack of a scatter symbol and some players may find it disappointing but it doesn’t detract from the gameplay too much at all. However, there are plenty of sites that offer free spins on Starburst as part of their welcome offer – you can see a full list of those below!

While the game perhaps lacks a little in terms of bonus rounds, one of its main selling points is the design of the game. It is a fantastically designed slot with a precious stone theme. The reel consists of different coloured gems that really do sparkle and add a big of magic to the game.
The background is a deep purple and the sound effects contribute well to the game overall. We cannot fault the design, it is one of the main reasons people continue to play this game.

Starburst still has plenty to offer and remains a popular option for players old and new. We think it is a great choice for the slot newbie due to its simple 10 payline structure and flexible betting options, and you can try it out for free by using the free spins bonus offered on several sites. Check it out if you are looking for a new game to play as it is absolutely magical!

In this 5-reel, 10-payline slot game from Net Entertainment, jewels of mesmerizing color and complexity float in space before your very eyes. A perfect pairing of beautiful jewels and gameplay will delight your eyes and your pocket!

If you choose to accept the challenge to blast into a futuristic world of jewels and StarburstTM Wilds, you’ll be well rewarded. The game itself seems to come from the future with stunning graphics, intuitive gameplay and sound effects that will draw you into another dimension.

The gameplay has the perfect balance of complexity for more experienced slot game players without boggling the minds of occasional space adventurers. Once you’ve strapped yourself in for an intergalactic journey, all you need to do next is choose your bet, push the green button and you’ll be blasting off. The reels will start to spin and jewels mined from planets far, far away will whizz down the screen. A sure-fire tip for success is to select ‘max bet’ at the bottom of the interface. This will activate the maximum number of paylines and bet level available for your active coin level. ‘Super combos’ and ‘max combos’ will soon be exploding on your screen, converting those jewels into real Earth money.

A unique feature of Starburst’s universe is that winnings defy gravity and travel in both directions while StarburstTM Wilds can expand along the whole reel. When one of the ethereal StarburstTM Wilds appears in the second, third or fourth reel, the star literally bursts to fill the entire reel. This in turn will cause a chain reaction triggering another spin with the StarburstTM Wilds frozen in space, boosting your winnings astronomically.

Why not blast out of the atmosphere and win yourself some space jewels with Net Entertainment Starburst? Just remember to come back down to Earth to collect all those winnings!