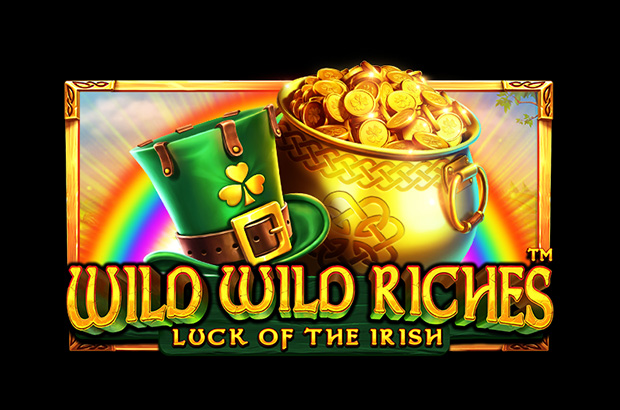 No prizes for guessing what the theme of this slot is. The clue is in the name and a good start is to point out that it’s easier to be ‘lucky’ when a slot boasts a high RTP of 96.7%, which is the case here.

It’s a 5×4 reel slot with 576 ways to win and unsurprisingly, the symbols are all the ones you’ve seen in Irish-themed slots before. And are likely to see again.

So, let’s see what really makes this slot different from the rest.

First up, the Ante Bet Feature. Pay an extra 20% upfront to give yourself a significantly better chance of your next spin leading to a big win.

Not only will you increase the likelihood of getting more Wild Symbols appearing on the first and second reels, but your chances of entering the ‘Money Collect’ round and getting to the free spins are also boosted.

The latter are triggered differently here to the norm. It’s not Scatters you need but rather Wild Symbols on Reels 1 and 2, with a bonus symbol on the third reel. When you land those, it’s 10 free spins, full of cash potential, with the added bonus that they can be retriggered.

But that isn’t the only feature. The Money Collect Feature will come into play if you’re (Irish) Lucky enough to get Wild symbols on Reels 1 and 2 together with a money symbol on either Reels 3, 4 or 5. But if on Reel 5 you get a multiplier symbol then that will…you guessed it…multiply your win by it.

But that isn’t even the best route of all to riches. Should you get those Wilds on Reels 1 and 2, Money symbols on either 3, 4 or 5 with a Jackpot symbol on Reel 5, then yes, it’s Jackpot time. It’s fixed rather than Progressive but it’s certainly worth it.