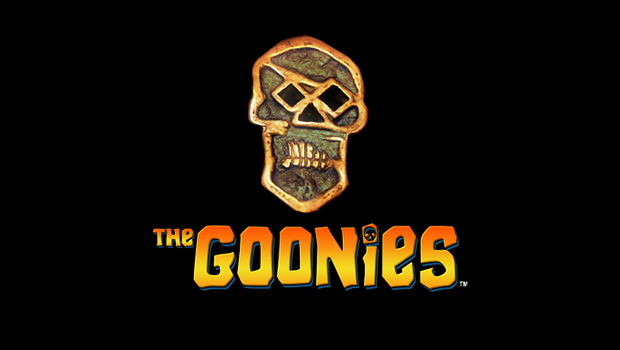 If you were a big fan of the classic movie about some naughty kids with too much time on their hands getting involved with some rather scary characters, with everyone desperate to get their hands on some lost pirate gold, you’re going to love the Goonies slot, based on the Goonies movie.

Featuring plenty of characters from the movie, if there’s one criticism of it (if that is a criticism), it’s that there’s almost too much going on here in terms of bonus features. At times, you feel like you have to stop spinning for a couple of minutes just to get your breath back.

There are seven random bonus features alone that can happen on any spin. From the Truffle Shuffle Wild where you get between two and five Wilds, to the Sloth’s Win Spin, where you’re guaranteed to be awarded a big winning spin.

Want to know what the Mikey’s Hidden Riches, Data’s Colossal Symbols, Mouth’s Lucky Coins and One-Eyed Willy’s Bonus Boost do? You’ll have to play the slot to find out!

Last but not least, a Lose into Win Spin does exactly what it says it does, intervening when you have a losing spin, to turn it into a winning one.
There’s a regular Wild in the game but there are also seven other ones with slightly odd names like Truffle Shuffle Wild or Inferno Wilds. But the really important symbols are the skull and cross bone pirate symbols.

Three of them win you one of six features in theory, though it’s worth pointing out that you generally only get one of the three least valuable ones at the first time of asking: the Fratelli Hideout Bonus, the Skelton Organ Bonus or the Super Sloth Free Spins.

By all means play them because you’ll walk away with a good prize but if you’re after the real riches you can say ‘no’ to one of those features and try to get one of the really valuable ones by gambling and spinning the wheel. If you’re really lucky, you’ll end up on the Goonies go Wild Free Spins, Inferno Free Spins or One-eyed Willy’s Treasure Bonus. If you’re not, you get a cash prize which may or may not be better than the original bonus feature was.