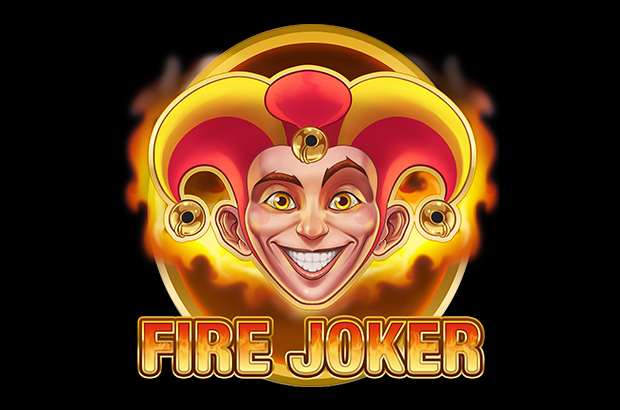 At first glance you may think you’ve gone back in time to the 1980s because the design of this slot is very much a throwback to the days of yesteryear: unfussy, uncomplicated, no gimmicks or unnecessary visuals.

Let’s start with the most obvious bit: the symbols populating the reels are those that were present in the slots found on the dusty carpets and in the smoke-filled Casinos of Vegas a few decades ago. So, we’re talking cherries, the X sign, lemons, plums, grapes, a Gold Star and the Bar Sign.

Did we mention that there’s a Fire Joker in there as well? Now’s as good a time as any to talk about it because in addition to the Fire Joker having the game named after him and thus being the eponymous hero of the piece, he’s also by far the most influential symbol on the slot. Wouldn’t you be if you had a game named after you?

In ‘normal’ circumstances the Joker plays the role of the Wild, just like in most other slots. Get the Fire Joker anywhere on the reels, sometimes stacked, and it will help you complete a winning pay line.  By the way, winning lines here can also be diagonal so it’s no laughing matter for the Casino having to pay out on those as well as the horizontal pay lines.

But that’s certainly not the only thing the Fire Joker does. He can also ‘light up’ the reels when you have two symbols on two separate reels just waiting for that all-important third symbol.  What happens is that a Re-spin of Fire is triggered, those two reels stay in the same position ad the re-spin tries to help you find that elusive third symbol. Of course, if it’s an actual Joker symbol, that will more than do the job for you as well.