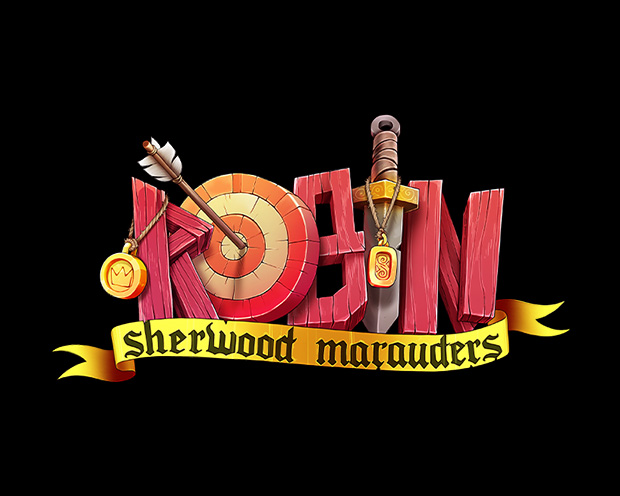 This isn’t the first slot to be inspired by the legendary Robin Hood, and it probably won’t be the last.

But if the theme has been seen before, the design of the symbols probably hasn’t. They’re almost like caricatures of characters such as Robin himself and the Sheriff of Nottingham, with Robin’s grinning face adding a little humor to proceedings.

The game uses the avalanche feature, also known as the cascading feature.  That means that each time you secure a win, the symbols that made up that win disappear and are replaced by others. If those form a new win, it’s a case of rinse and repeat. Not only that, but the multiplier increases by 1 with each new win.

There’s a Wild in play here, which is the Gold W. It does its usual thing of replacing other symbols, bar the Scatter.

Speaking of which, it’s the Treasure Chest and you’ll need three of those to activate the free spins, which is pretty standard. You get 10 free spins if three Scatters were secured, 12 if it’s four, and four if it’s five.

During the round, you’ll come across Expanding Wilds, which can land anywhere except Reel 1. Get an Expanding Wild and the whole of that reel, or reels, will turn Wild. Just like in the base game, each win will increase the multiplier by 1.

What are those numbers at the bottom that go X/670?

They’re a sort of Progress Bar that needs to be filled by getting no less than 670 Scatter symbols during a playing session. No-one said it would be easy, but there are some serious rewards on offer if you get them.

You’ll fire an arrow Robin Hood-style before it starts and that will give you a Multiplier up to 10x for the round.  Whatever that Multiplier is, will be applied to all your wins.