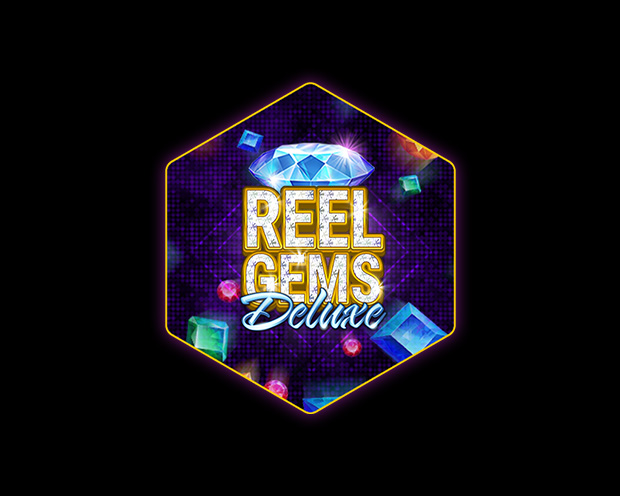 Be dazzled by the icy jewels in Reel Gems Deluxe. The real sparkle comes from all the special features including Hyper spins, Radiant Spins, multipliers, Giant Wilds, Free Spins and re-spins.

Microgaming partnered with Alchemy Gaming in November 2020 to release this galactic and gem-based game. Reel Gems Deluxe is actually the long-awaited sequel to Reel Gems, which was released in 2010.

This version is a 5×3 video slot with 20 paylines. The graphics for one have definitely levelled up. The background looks a little like the Matrix. Will you take the red pill or the blue pill?

The scatter of the game is the big daddy of precious stones, a diamond. It’s the Wild in the game and substitutes for all symbols but the scatter. During the Free Spins round the Wild can become huge and cover three full reels, making wins easier to come by.

The scatter is the logo of the game, and you’ll need to collect at least three to activate the Free Spins round.

The Free Spin round is full of excitement. It includes Giant Wilds, Radiant Spins, Multipliers and Re-Spins. During the Free Spin round, you’ll be able to level up and every time you do, you’ll activate a new multiplier. At the top level you’ll get a multiplier of 1,000x!

During any round you can take advantage of Hyper spins. It comes at an extra cost but gives you the chance to re-spin a single reel.

Reel Gems Deluxe offer high volatility, so it might take a little patience, but when wins do come, they tend to be huge!

Things shine bright in Reel Gems, so why not bathe in the light?