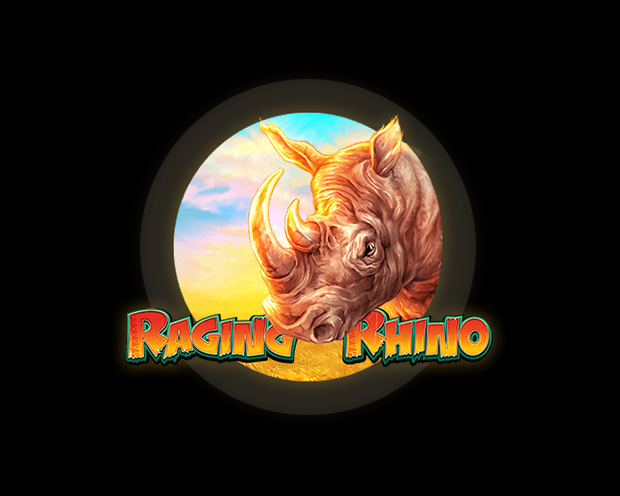 Sequels are a tricky thing in the world of slots. They tend to either a) not be able to replicate the magic of the original b) be a slight upgrade on the original but not significantly different or c) bring something new and improved to the table, while keeping all that was good about the first version.

In the case of Raging Rhino Megaways, WMS have done just that with this slot a follow up to the remarkably popular 2014 release Raging Rhino.

The setting is still the same this time round, deep in the African savannah. The same gang of wild beasts is around, including cheetahs, crocodiles and badgers. And crucially, this remains a highly volatile slot. A good session and you really are in business, an unlucky one and your bank could take the sort of dent your car would take if a big rhino charged at it.

The first new addition is the presence of an extra set of reels, but just above Reels 2,3, 4 and 5.

Another important one is that the slot now has the cascading reels feature. All the symbols making up a win will disappear, be replaced by others and if they produce another winning combination, it’s a case of ‘rinse and repeat’.

Did we mention there are no fewer than 117,649 different ways to win? We have now and that’s obviously why the game’s called…Megaways.

There’s a free spins round here- triggered by getting four Scatter (diamond) symbols- and there’s plenty to look forward to once it gets underway. You get 8 free spins to begin with, a re-appearance of four Scatters triggers 8 more free spins and there are Multipliers in play here. They’re in play either via the Cascading reels that go up by 1x each time, or with the help of the Wild that sometimes comes with Multipliers if it’s part of a winning combination.

If the free spins were a bit of a disappointment, worry not. That’s when the Bonus Guarantee steps in and makes sure you never walk away with any less than 10x your stake if you get to the free spins.