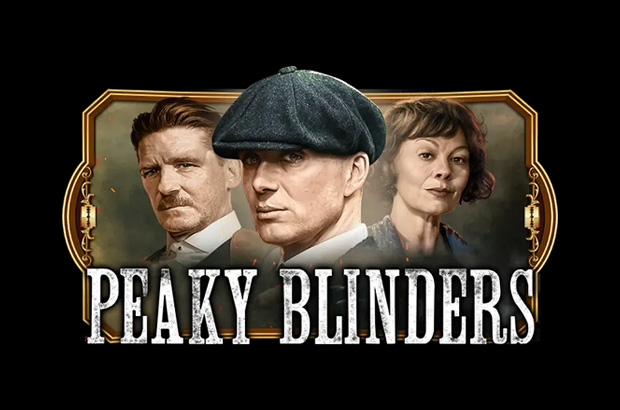 But try telling that to the millions of fans of Birmingham-set Peaky Blinders, the hit TV show that has left viewers gripped and desperate for more.

The first point to make is that this is Pragmatic Play’s first attempt at making a branded slot and the good news is that they made a good choice because slots-loving fans of the show will instantly be on board, as will those who are intrigued by new and innovative bonus features. We’ll come to those in a minute.

There’s not much to talk about in the base game other than the fact that the Wild substitutes for other symbols, as per usual.

Of far greater interest are the two random bonus features, which are unlike anything we’ve seen before.

You can get the ‘Shelby Betting Shop’ or the ‘By order of the Peaky Blinders Scatters’ appear on Reel 5.

Activate the first and you’ll get a cash prize for every character symbol who appears on the reels.

With the ‘By order of the Peaky Blinders’ random feature, all the characters and Wilds stay on the screen,  you get a re-spin and then all of the character symbols, including the new ones, turn into the same symbol and that’s what you get to bank, based on how many you have.

Same with the ‘By Order of the Peaker Blinders’ free spins. Get the special Scatter on Reel 5 with regular Scatters on reels 1 and 3, and this time you get 10 free spins. Again, any Scatter will trigger the random bonus feature.