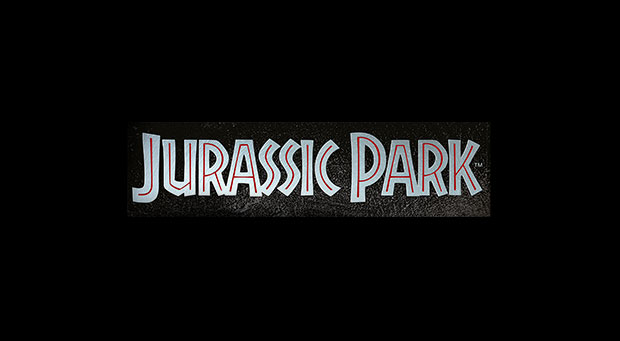 Ready to face the ginormous dinosaurs? Or better yet, the chance for win a T-Rex size prize? If yes than come and play Microgaming’s Jurassic Park Online Slot

This 5-Reel, 243-Ways-to-Win slot game in based on Steven Spielberg’s epic movie from 1993. Beyond amazing prizes that are waiting to be won, Jurassic Park Slot actually takes you into a thrilling adventure in the dinosaur amusement-park on Isla Nublar, a tropical Island full of cloned dinosaurs. The amazing graphics, images and features will take you there, as colossal dinosaurs will jump out of your screen when they appear on the reels!

Starting with the dynamic rainforest backdrop, that has great depth, is misty, green and mysterious, immediately putting you into the Jurassic mood. Then the reels, that are loaded with symbols of characters from the actual Jurassic Park movie. Dr Alan Grant, John Hammond, Dr Ellie Sattler and Ian Malcolm, are all there waiting for you to join them on the dinosaur epic adventure. And speaking of dinosaurs, how can Microgaming’s Jurassic Park Online Slot be complete without the gigantic, prehistoric creatures?? This slot’s reels also has monstrous symbols such as a Triceratops, Velociraptors, Dilophosaurus, and of course the kind of all dinosaurs – the T-Rex!!

And as if you will forget by now where you are…the Wild symbol is the Jurassic Park logo. It can replace all symbols (accept the scatter), for more winning combinations and T-Rex size prizes. And given the T-Rex is the undisputed ruler of Jurassic Park, you will also need to look out for him escaping his pen. If that happens, a T-Rex Alert will be triggered, and you will see 35 Extra Wilds added to the reels, for up to 6 free spins – again, giving you a chance to win humongous prizes!

Microgaming’s Jurassic Park Online Slot is one of the most exciting games ever created, because of the big wins, but also the thrilling adventures throughout. Make sure you turn off your screen after playing, or risk waking up in the middle of the night with a T-Rex running around your home!!