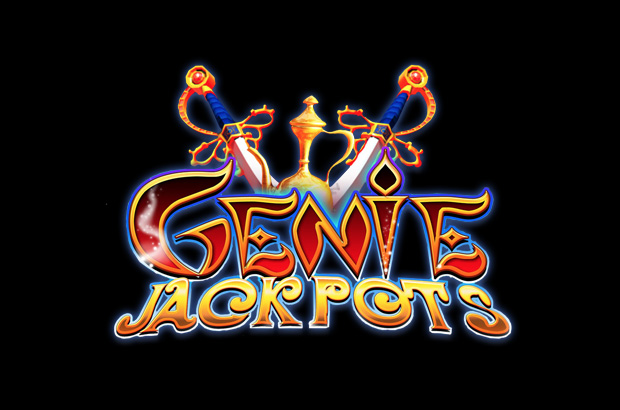 In the immortal words of Christina Aguilera, “I’m a genie in a bottle. You gotta rub me the right way.” Rub this genie the right way and you could win a massive progressive jackpot. One lucky player even hit the jackpot of over €1.5 million.

Genie Jackpot was released by AshGaming. The game has a classic video slot layout, featuring five reels and 20 paylines.

The game is pleasant on the eye, bringing to mind a Persian carpet in terms of the colour palette. It’s no surprise that the background music has a middle eastern vibe. The low paying symbols are the card symbols running from 9 through to Ace.

The high paying symbols keep to the theme: the genie’s hat, crossed scimitar swords and the magic lamp. The highest paying symbol in the game is the Wild, which is represented by the Monkey (probably inspired by Aladdin’s Abu). The Scatter is the logo of the game, so collect them to grab in-game Free Spins.

Genie Jackpots is a medium volatility slot. So, wins are quite regular, and not too big. Unless you of course hit the massive Progressive Jackpot. The biggest feature in the game is the 3 Wishes Power Spin. It can be triggered anytime, after any spin. You’ll be met with three magic lamps. Take your pick to unlock your wishes. The wishes come in different shapes and sizes.

Uncover Genie Wilds and Respin and any icon can turn into a Genie Wild. You’ll also get a Free Spin. You might rub the genie and get Genie Wilds All Pays Doubled. In this feature, any symbol can transform into the Genie Wild and you’ll get an increase in terms of payouts.

The last two wishes are Infectious Wilds and the Progressive Symbol. With the first, the Golden Monkey symbol, it will turn all the icons surrounding it into Wilds. The final one is the real whammy of a wish though, as it can award you with the massive Progressive Jackpot.